From its humble beginnings with 34 members in 1952 to its current $54 million in assets, South Texas Federal Credit Union’s motto has always been “Exceed Everyone’s Expectations.” With budgets tight during the pandemic, CEO Gerardo Paz set his sights on reducing the credit union’s operating expenses without sacrificing its ability to exceed members’ expectations. 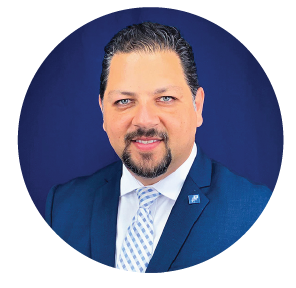 Paz recalled meeting a JMFA representative at an industry event and decided to research the company’s contract negotiation services further. After discovering more about JMFA’s reputation and speaking with National Director Kelly Flynn, Paz felt confident moving forward with an analysis of his credit union’s contracts. Upon review, the JMFA team determined it was prime time to renegotiate the debit card processing contract, estimating annual savings of $47,108.

South Texas Federal Credit Union had been experiencing service quality issues with its debit card processing vendor and couldn’t get ahold of anyone at the company. Due to this frustrating situation, Paz didn’t rule out the possibility of switching providers.

“The bottom line is, we wanted to reduce expenses,” he said. “For what we were paying [the vendor], we weren’t getting the expected service experience.”

JMFA bid the service out to the incumbent vendor and a prospective vendor, setting up calls with the latter so Paz and his team could learn more. An apples-to-apples comparison of pricing and services showed a strong offer from the prospective vendor, compared to what the credit union had.

Meanwhile, JMFA continued to pursue their current vendor to obtain a proposal. After months of sending emails and calling, JMFA finally got in touch with a senior vice president of the company, who very much wanted to retain the credit union’s business.

The executive submitted a competitive offer and met with Paz’s team and JMFA to discuss the vendor’s plan to make up for past service issues—including assigning a dedicated relationship manager for the credit union and an annual review of services to ensure satisfaction.

After considering both proposals, South Texas FCU decided to remain with its provider. The new contract provided annual savings of $48,516, a $100,000 signing bonus, a low early termination fee, better service and 18 months of retroactive savings—an additional $72,774 that the credit union hadn’t anticipated. Plus, Paz and his team would avoid the inconvenience of going through a card conversion during an already hectic time.

In total, JMFA helped South Texas FCU save $512,386 over the 7-year term, along with hours of work and many, many headaches.

Looking Back, Looking Ahead

If Paz had kept the contract negotiations in-house, he’s confident it wouldn’t have been nearly as smooth or successful as the outcome JMFA achieved.

First, he expects he would have lost patience with the unresponsive vendor. “[Our provider] was so hard to reach, but JMFA was constantly on their toes,” Paz noted. Already stretched thin due to the pandemic, and without the resources to keep trying to make contact, the credit union would have probably ended up switching vendors, losing out on six-digit savings and having to deal with a conversion.

Then, there was the negotiation itself. “There were so many things I wouldn’t have even thought to ask vendors about. That’s where JMFA’s know-how and expertise came into play.”

With its newfound savings, Paz said the credit union plans to upgrade to instant-issue debit cards and provide more services to continue exceeding expectations. “JMFA provided a tailor-made solution, so now we have what we need to best serve our members.”

Throughout the process, Paz said JMFA displayed impressive professionalism and communication with his colleagues and the service providers. “JMFA never threatened we’d leave the vendor; they were polite in asking for a better deal and better service for us. Every single individual on their team is extremely professional.”

He also appreciates how easy the entire process turned out for his team. “JMFA made everything very simple. The contingency pricing model is perfect—it’s very reasonable and we’re saving a lot of money with JMFA.”

“Whether you want to stay with your vendor or look for a new one, just reach out to JMFA. They will go over all the details and answer all of your questions in a respectful way. At the end of the day, it’s people helping people. Thank you, JMFA, for your tremendous help!”

Working with JMFA’s contract negotiation experts, South Texas Federal Credit Union found more than half a million dollars in savings on its debit card processing contract alone. How much money are you missing out on? Start the conversation by requesting a free appraisal of your vendor contracts that will renew in the next 18-24 months.