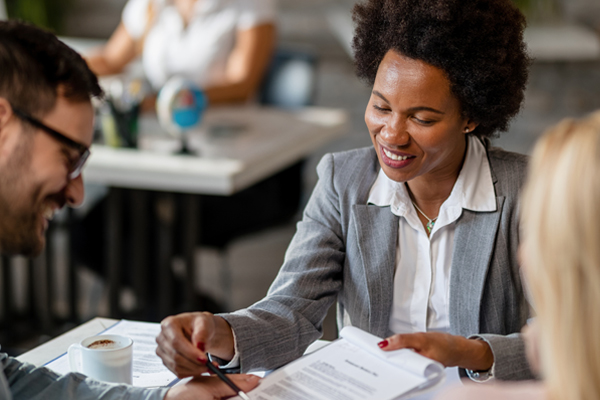 There’s no doubt that algorithms can reach levels of analysis that humans alone can’t make. In banking, AI might identify fraudulent activity or improve fair lending practices — both of which ultimately offer benefits.

At a recent industry event, CFPB Director Rohit Chopra said that the rapidly changing payments landscape, notably Google and Apple Pay, is changing the way consumers engage with money, which presents challenges, especially for smaller financial institutions. The challenges have contributed to a shift from relationship banking toward algorithm banking, which can have detrimental effects on consumers.

Algorithm-based models have their limitations—because they often have murky calculations when it comes to overdraft protection. Plus, they can damage your account holder relationships and more.

THE NEGATIVE IMPACT OF AI-DRIVEN MODELS

Financial institutions turn to AI-driven models of overdraft protection most frequently when implementing a dynamic limit strategy. Rather than applying a fixed overdraft fee structure, an algorithm uses variables such as overdraft history and consumer behavior to change the limits of the overdraft.

Undoubtedly, the payments landscape has changed dramatically. Accessibility and convenience have pushed digital wallet purchases to more than 48 percent of global e-commerce transactions in 2021, according to The Global Payments Report by FIS. With consumers relying heavily on digital payments for online and in-store purchases, it can be challenging to understand their account balances. And even harder if they don’t understand their financial institution’s overdraft program.

Consider the scenario where an account holder doesn’t understand their dynamic or variable overdraft limit. The account holder contacts their financial institution and asks for an explanation. It seems unlikely that an employee would be able to specifically answer “why” when the overdraft limit is determined by an algorithm based on several criteria.

Overall, this lack of transparency is not a relationship-first approach which can lead to distrust among account holders.

When asked about overdraft program rulemaking at the event, Chopra said, “We are looking at a host of issues, and it’s a complicated rule. We know that it’s going to involve some costs for institutions trying to report the data. We’re working on the contours and hope to get this completed within three to five months.”

Even though the CFPB says it will scrutinize overdraft programs, it has talked about rulemaking for years, and that has never come to fruition. Still, community financial institutions can look to the bureau’s recent policy statement and other regulatory guidance around overdraft programs — and transparent disclosure as a key pillar.

Additionally, the Consumer Compliance Supervisory Highlights released by the FDIC in March of 2022 found several shortcomings in disclosures from banks that had implemented an algorithm-based overdraft program. Specifically, the FDIC emphasized that overdraft programs must “comply with all applicable Federal law and regulations, including the FTC Act, which prohibits unfair or deceptive acts or practices.”

If account holders don’t understand the overdraft program, it can constitute a violation under the FTC Act. Transparent disclosure that informs the consumer exactly when and how fees will be assessed allows them to make a more informed decision. Moreover, transparency is aligned with the relationship-first approach: community banks and credit unions are financial partners for their customers and members.

While some financial institutions have opted to eliminate overdrafts rather than appease the regulators, it remains a service that consumers depend on. According to a survey conducted by Morning Consult on behalf of the American Bankers Association, 61 percent of consumers think it’s reasonable for financial institutions to charge a fee for overdrafts. The number jumps to 74 percent when overdraft fees ensure that large payments like rent or mortgage are paid on time.

As shown by this survey, the majority of account holders appreciate access to overdraft protection. To continue providing this service while also reducing risk, community financial institutions would do well to stay abreast of industry trends and ensure that their disclosures meet regulatory guidance.

To learn more about implementing a compliant and pro-consumer overdraft service, contact your local JMFA representative.

Cheryl Lawson has more than 30 years of experience in information technology and financial operations, as well as consulting, communications, training and project management. She serves as JMFA’s principal compliance liaison for regulatory requirements of overdraft services, including consumer protection issues, and strategies that enhance safety and soundness.To learn more about how to get more how to deliver a compliant and consumer-friendly overdraft service, contact us. 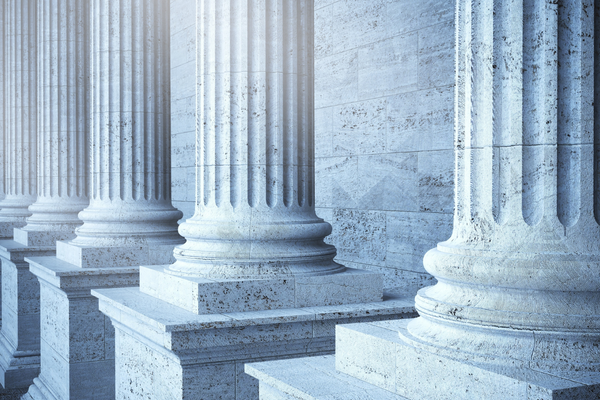 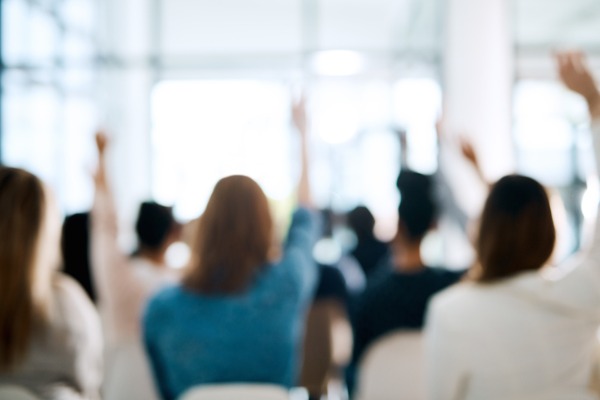 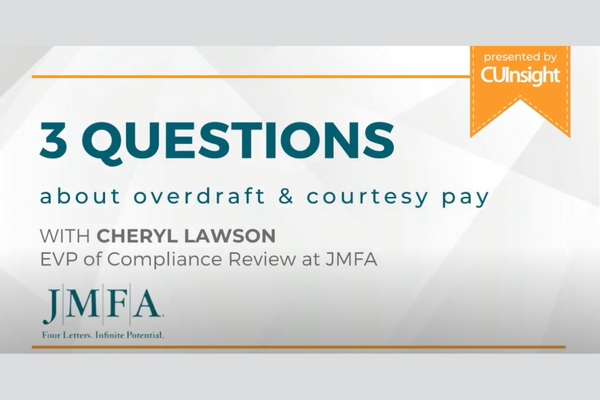